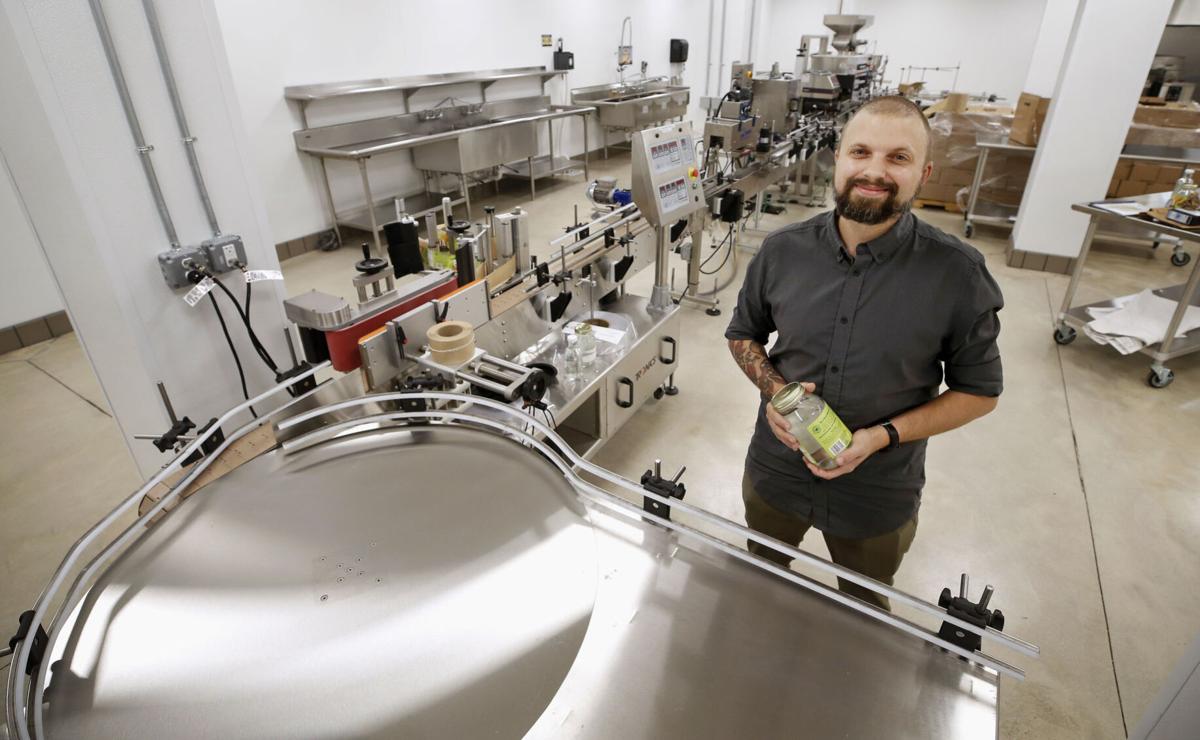 Austin Green, executive director of Hatch Kitchen RVA, stands by the bottle labeler being set up in its second warehouse building. 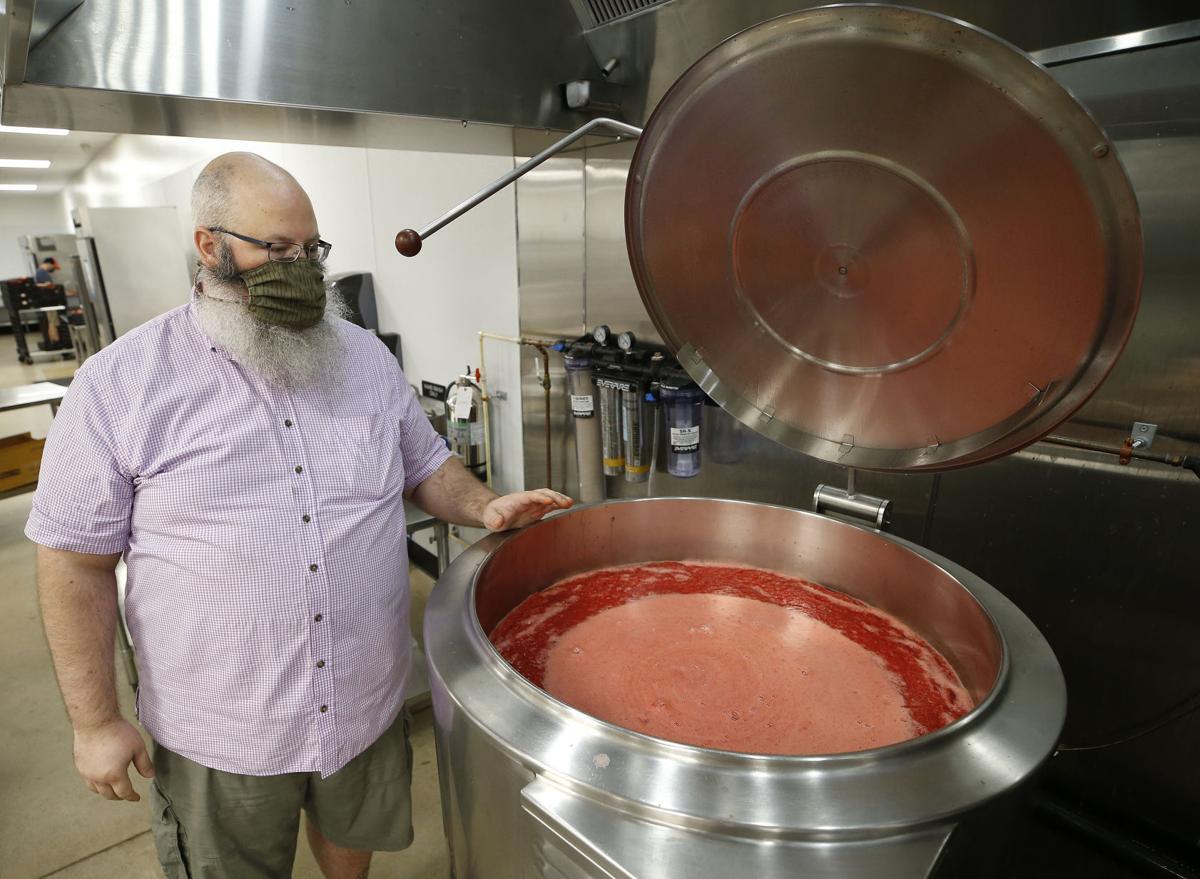 In the kitchen at Hatch, Warren Haskell, who works in packaging, tends to the Thai curry paste for Back Pocket Provisions’ Bloody Bangkok mixes. 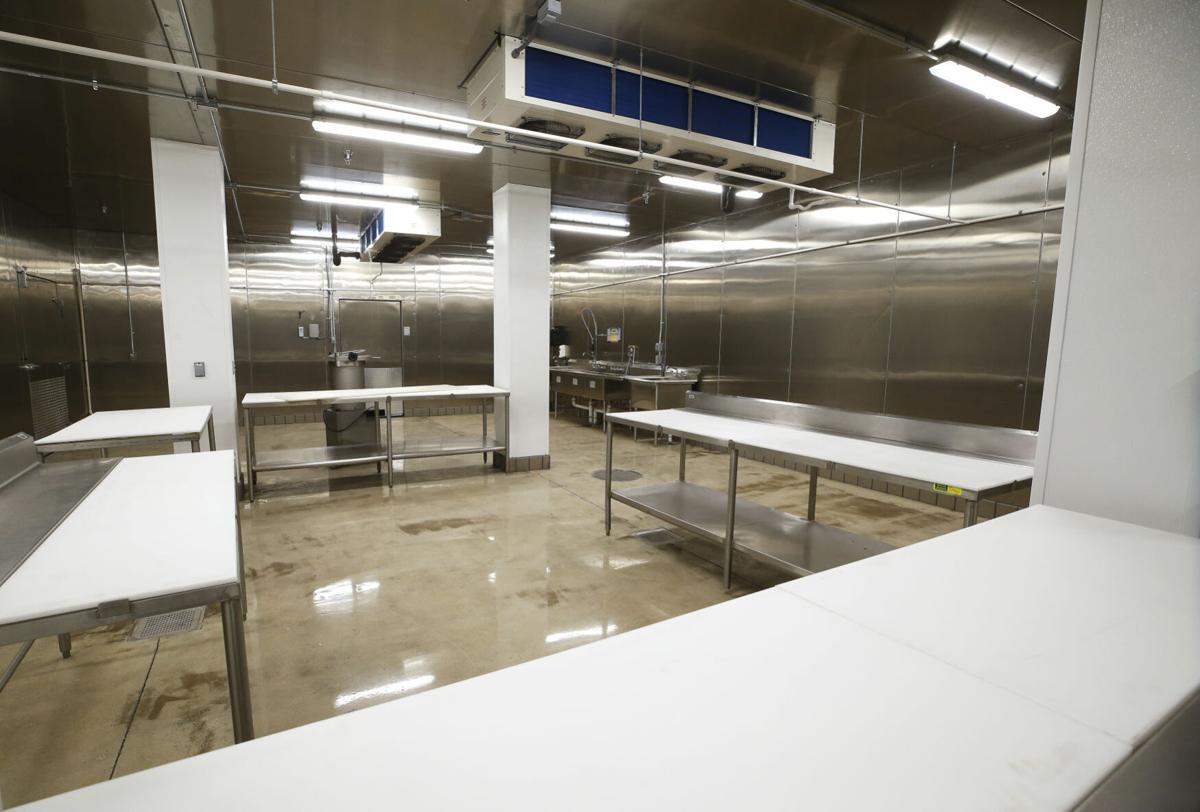 A USDA-certified butchery area is being set up in the second building at Hatch Kitchen RVA. 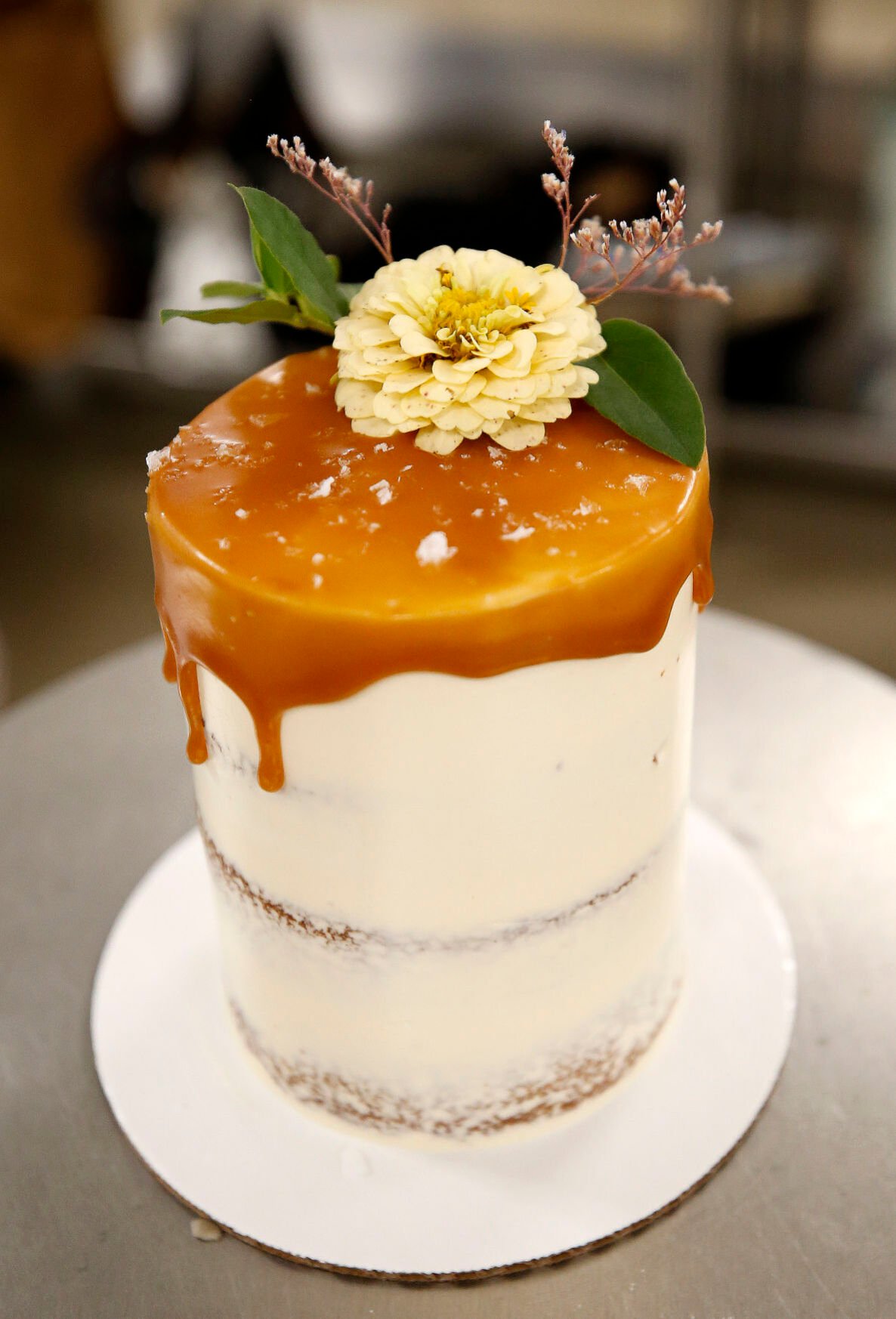 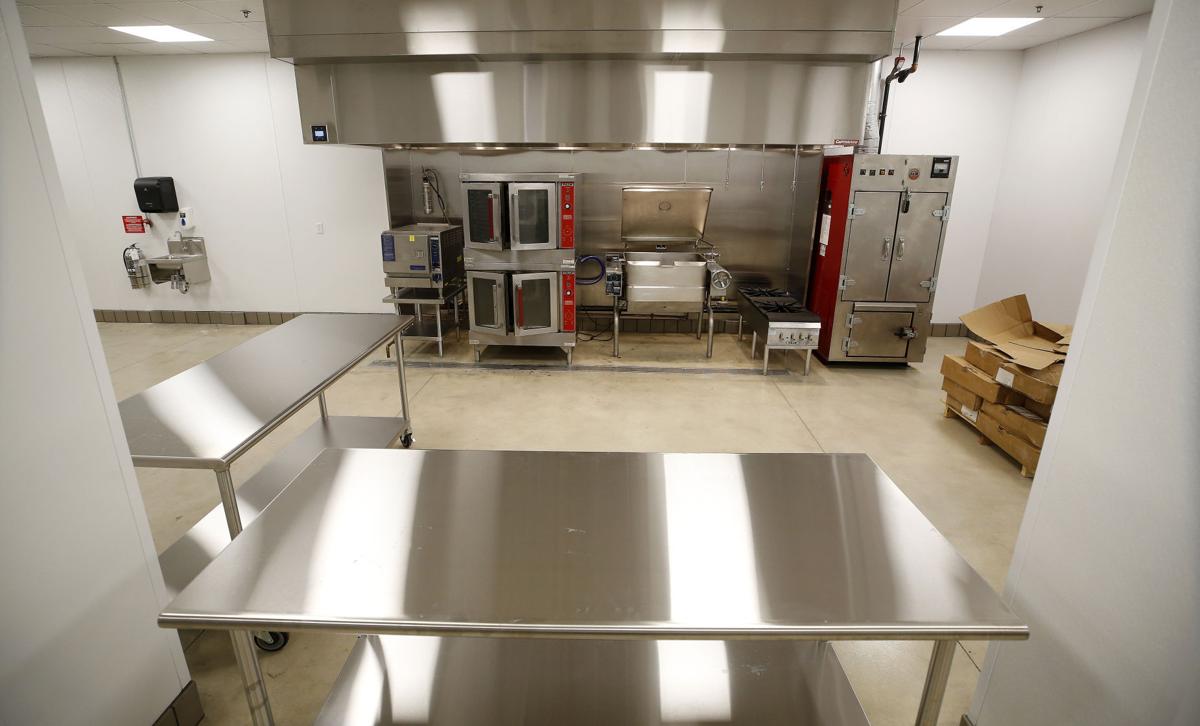 Construction of a second warehouse for Hatch Kitchen RVA is being worked on Wednesday, September 16, 2020. 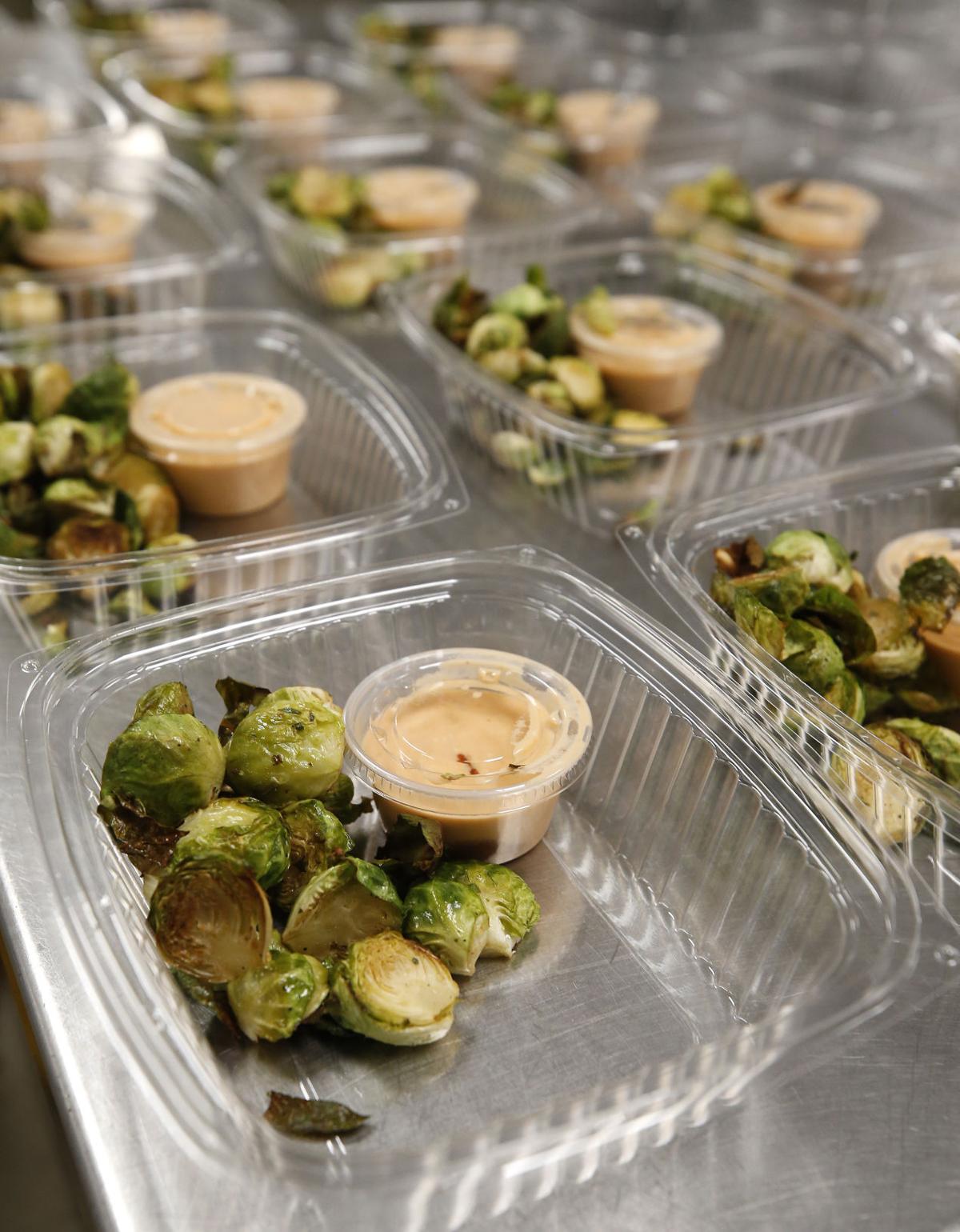 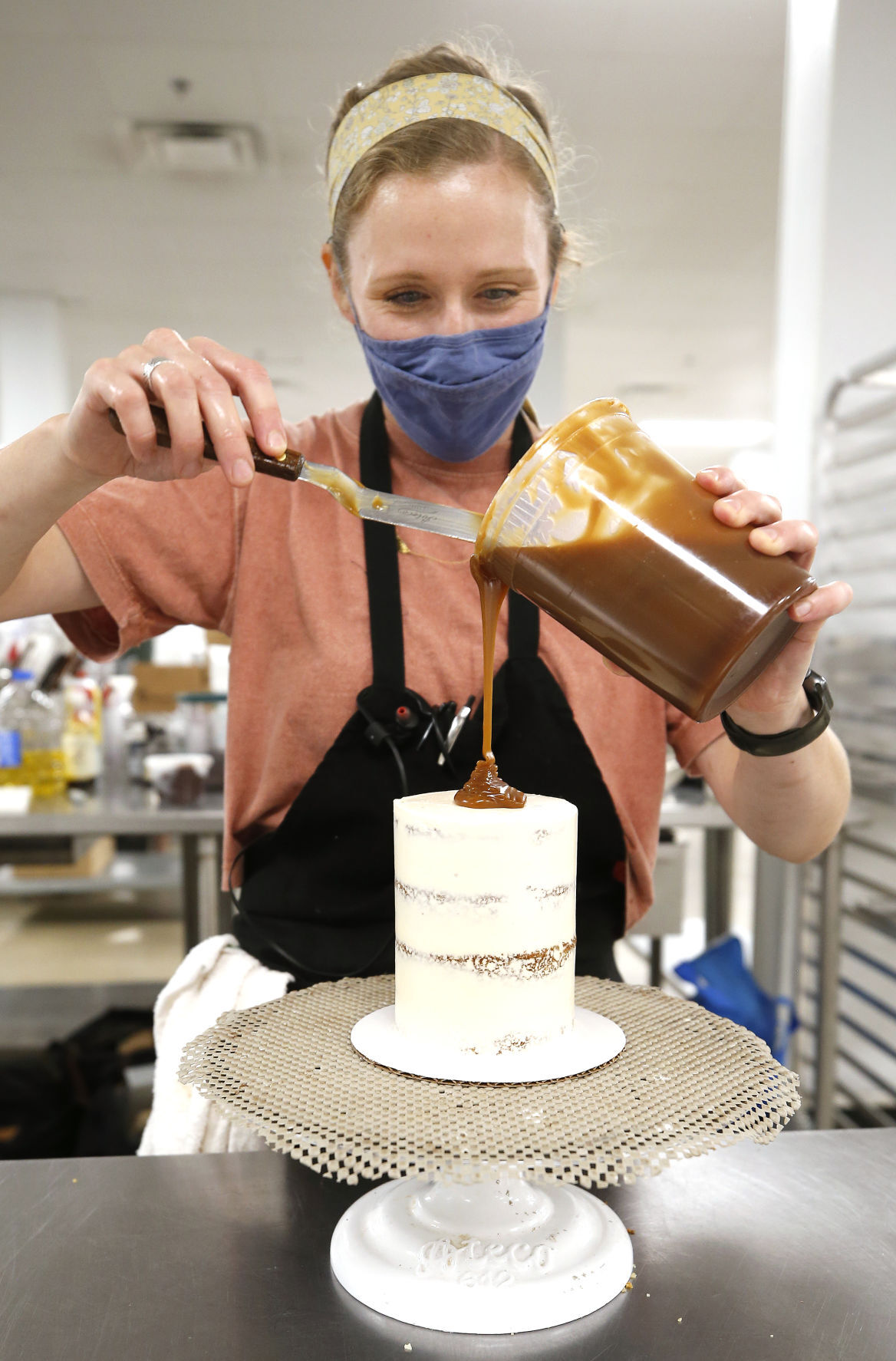 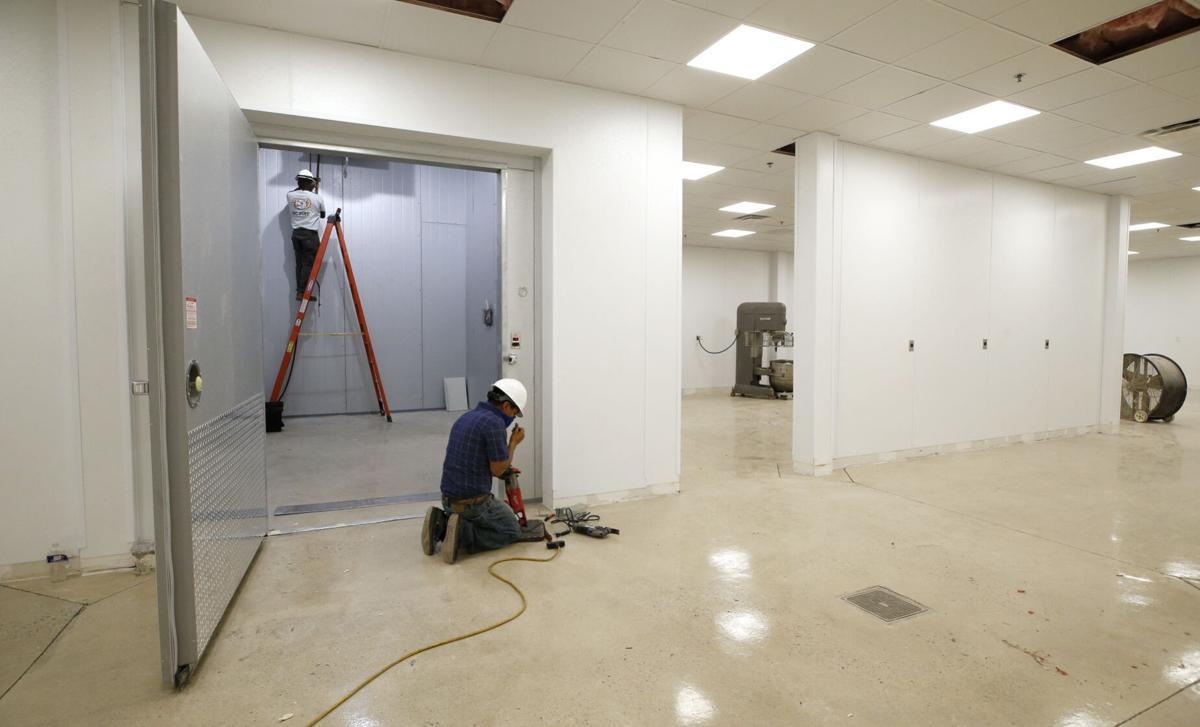 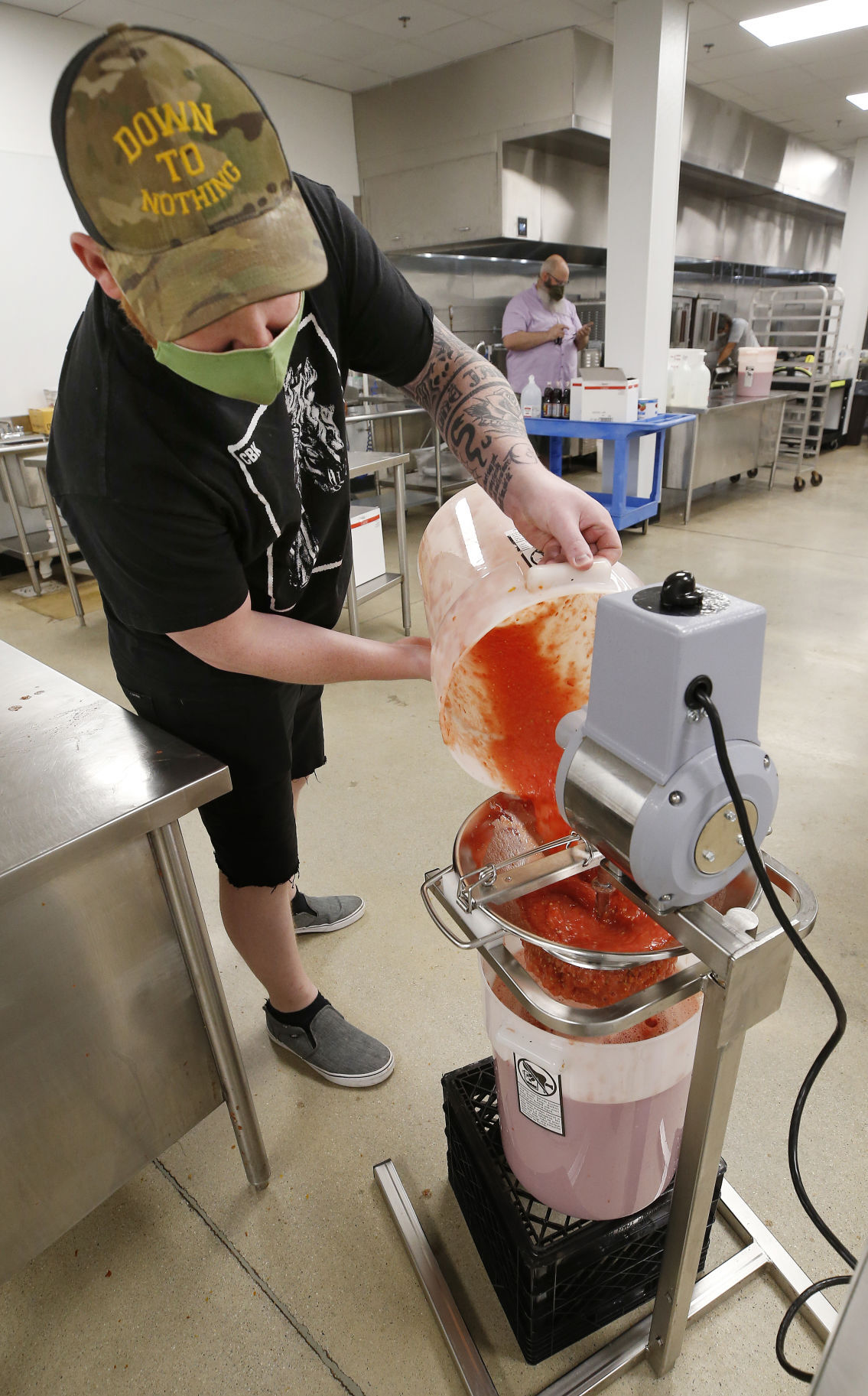 Tristan Wall, with Hatch, prepares tomatoes for Bloody Mary mixes for Back Pocket Provisions in the kitchen at Hatch Kitchen RVA Wednesday, September 16, 2020. 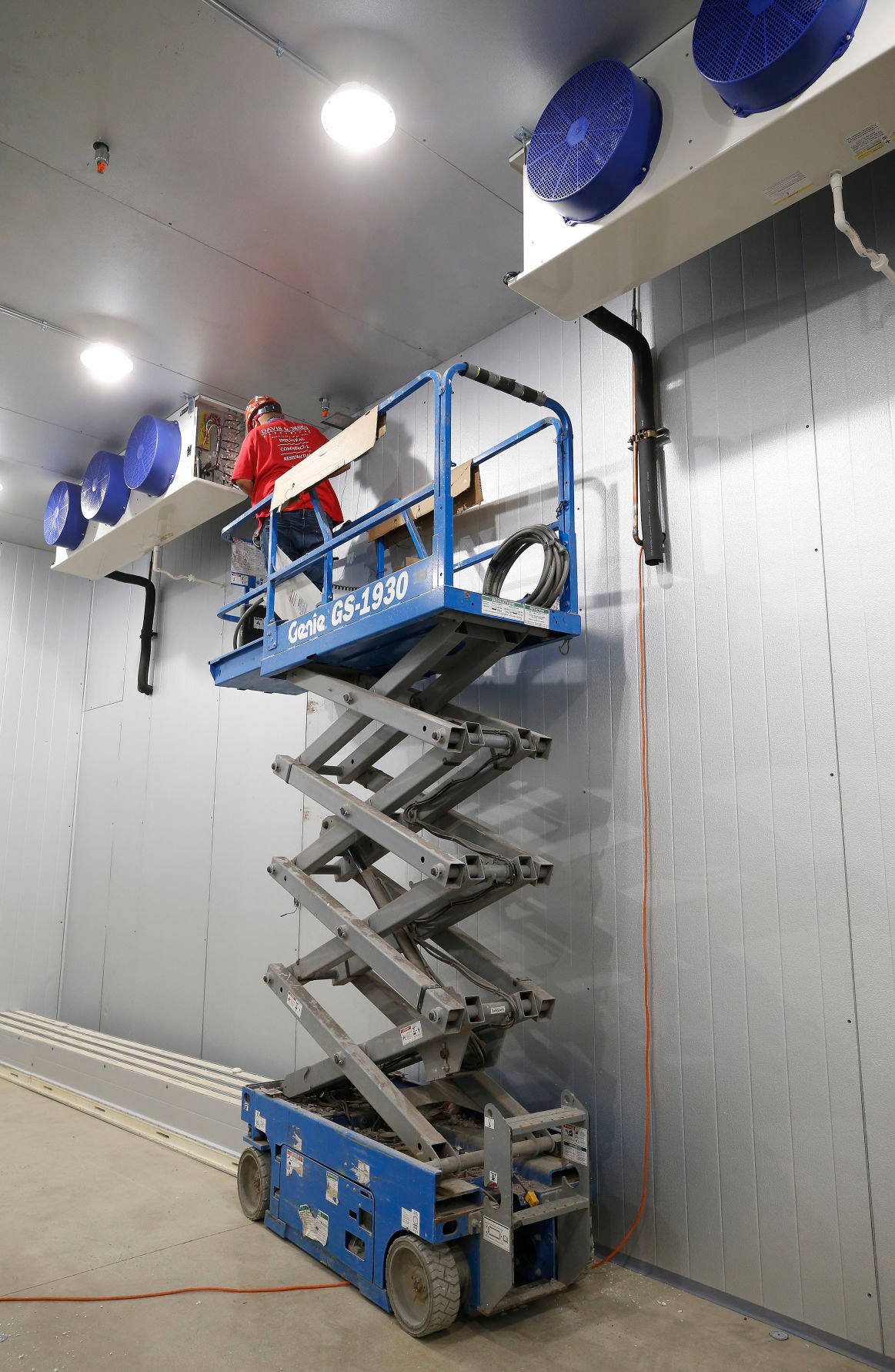 A man worked on the freezer room in the second building at Hatch last month. 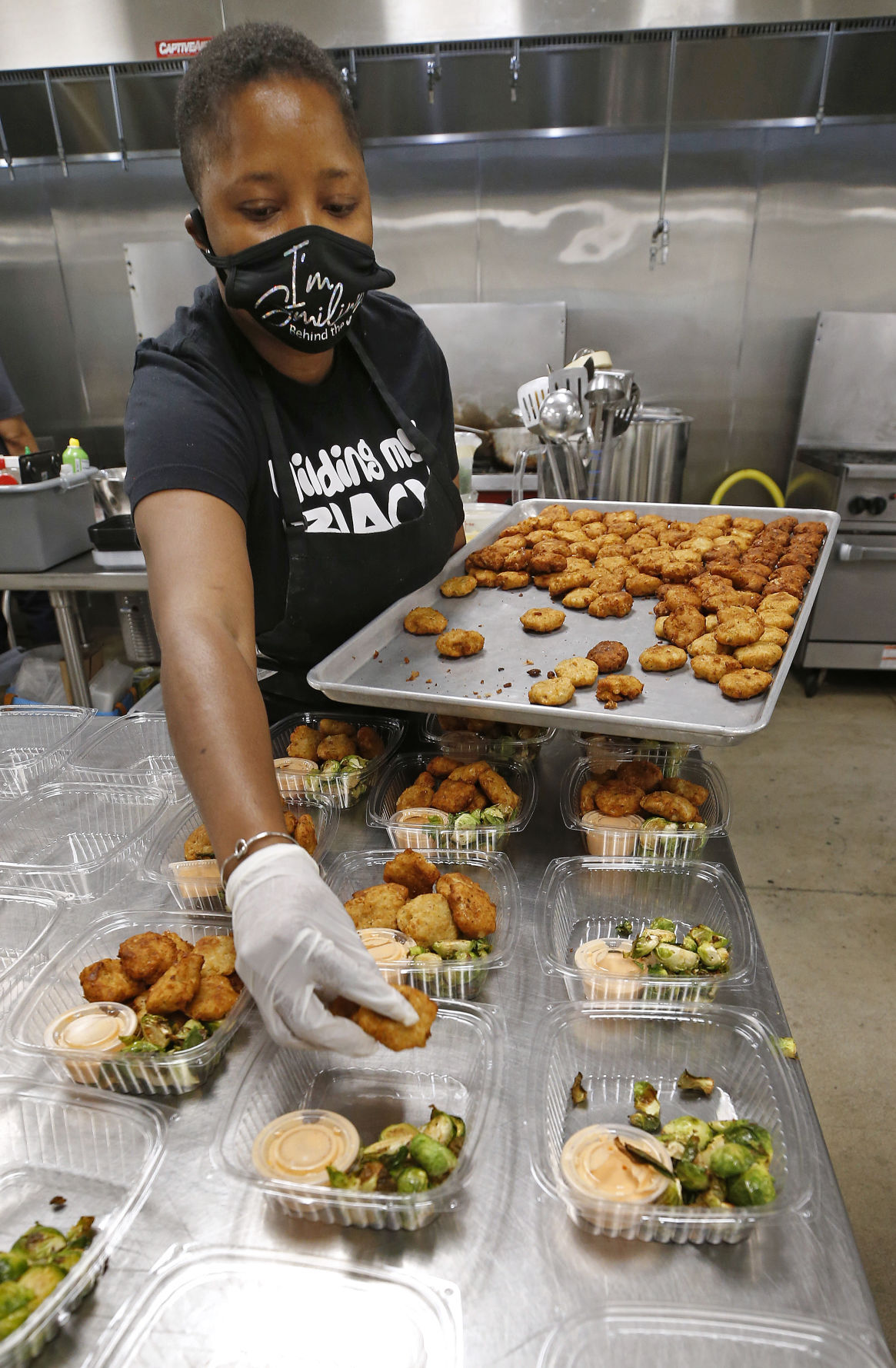 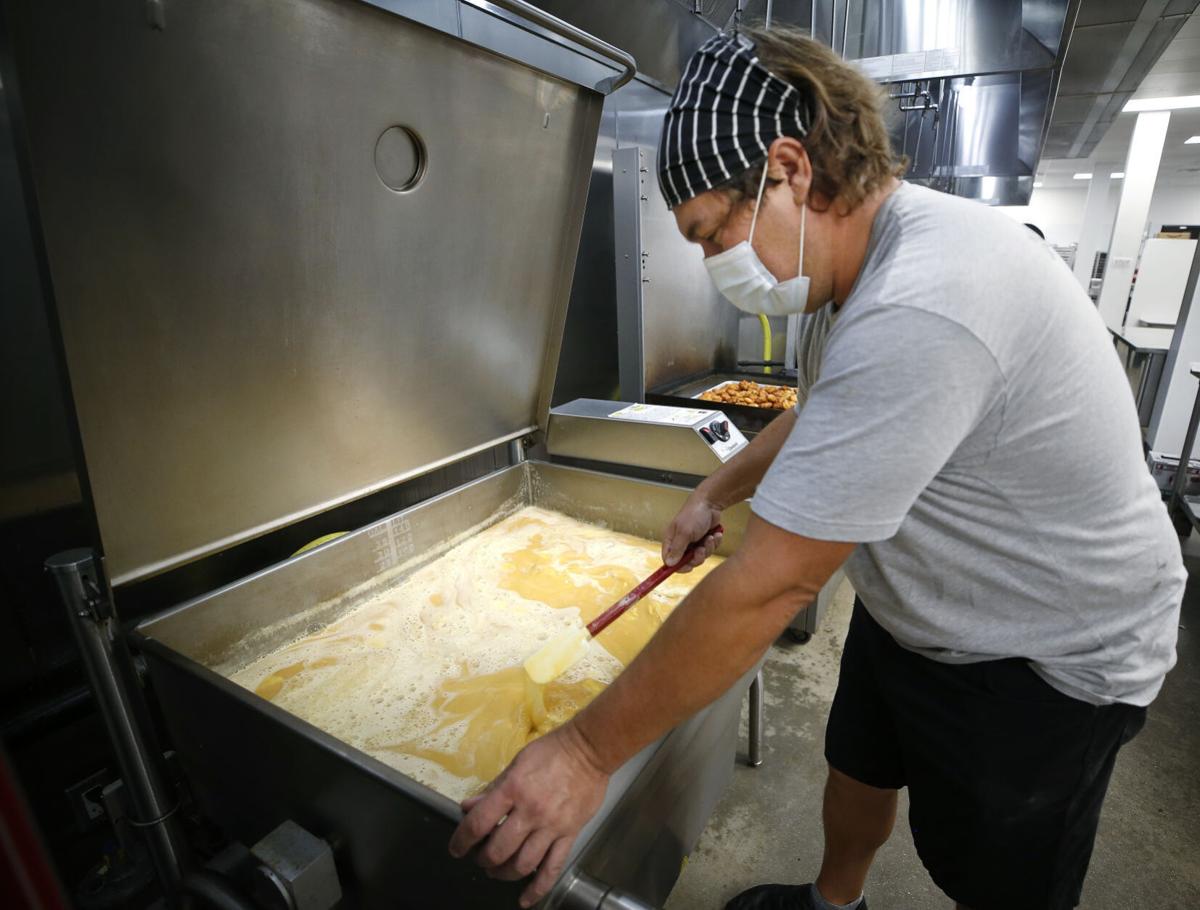 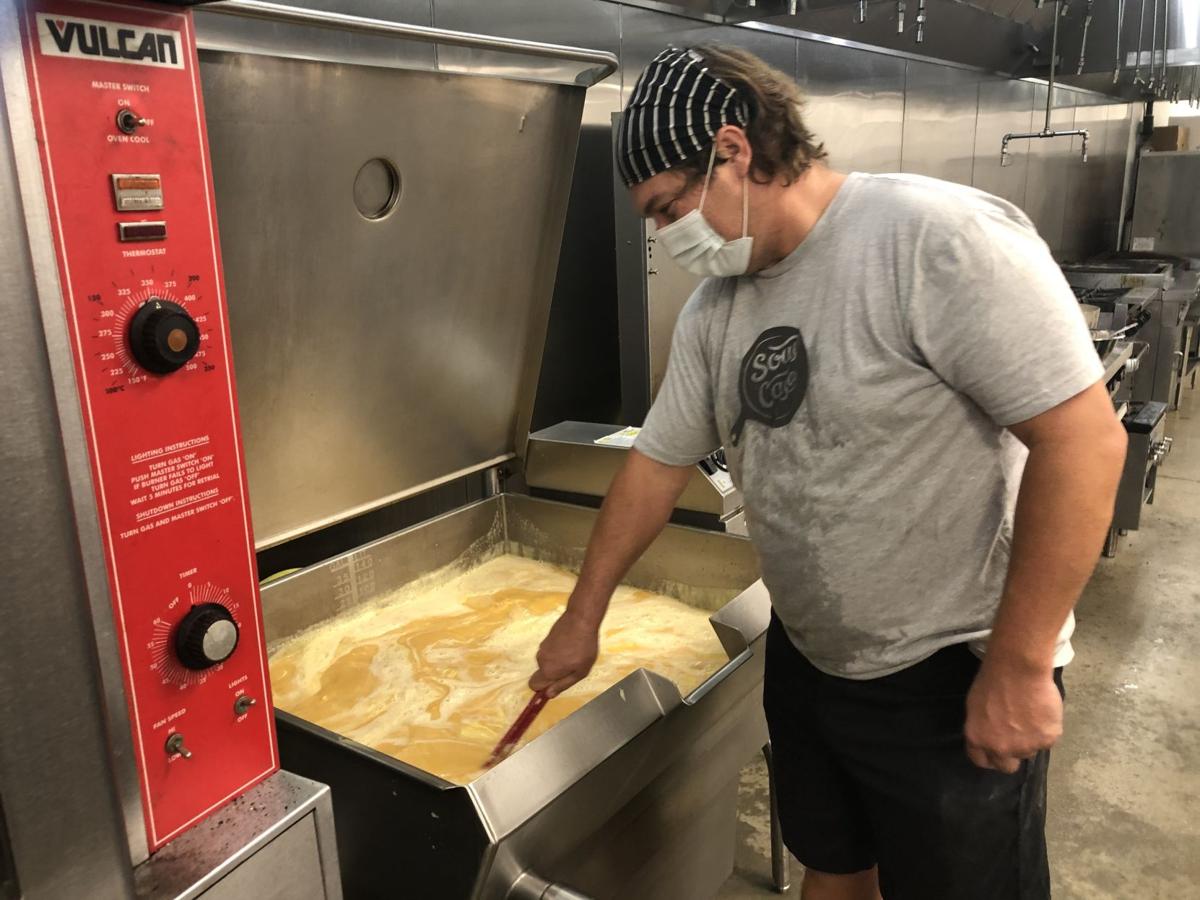 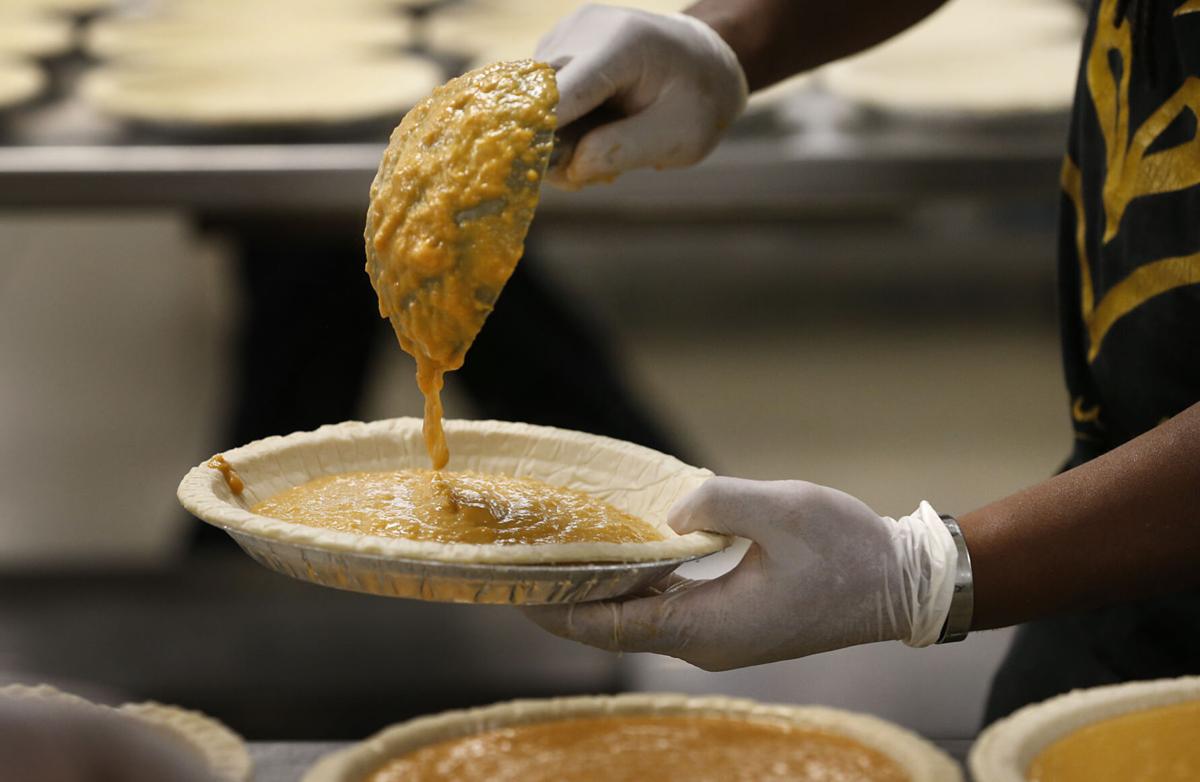 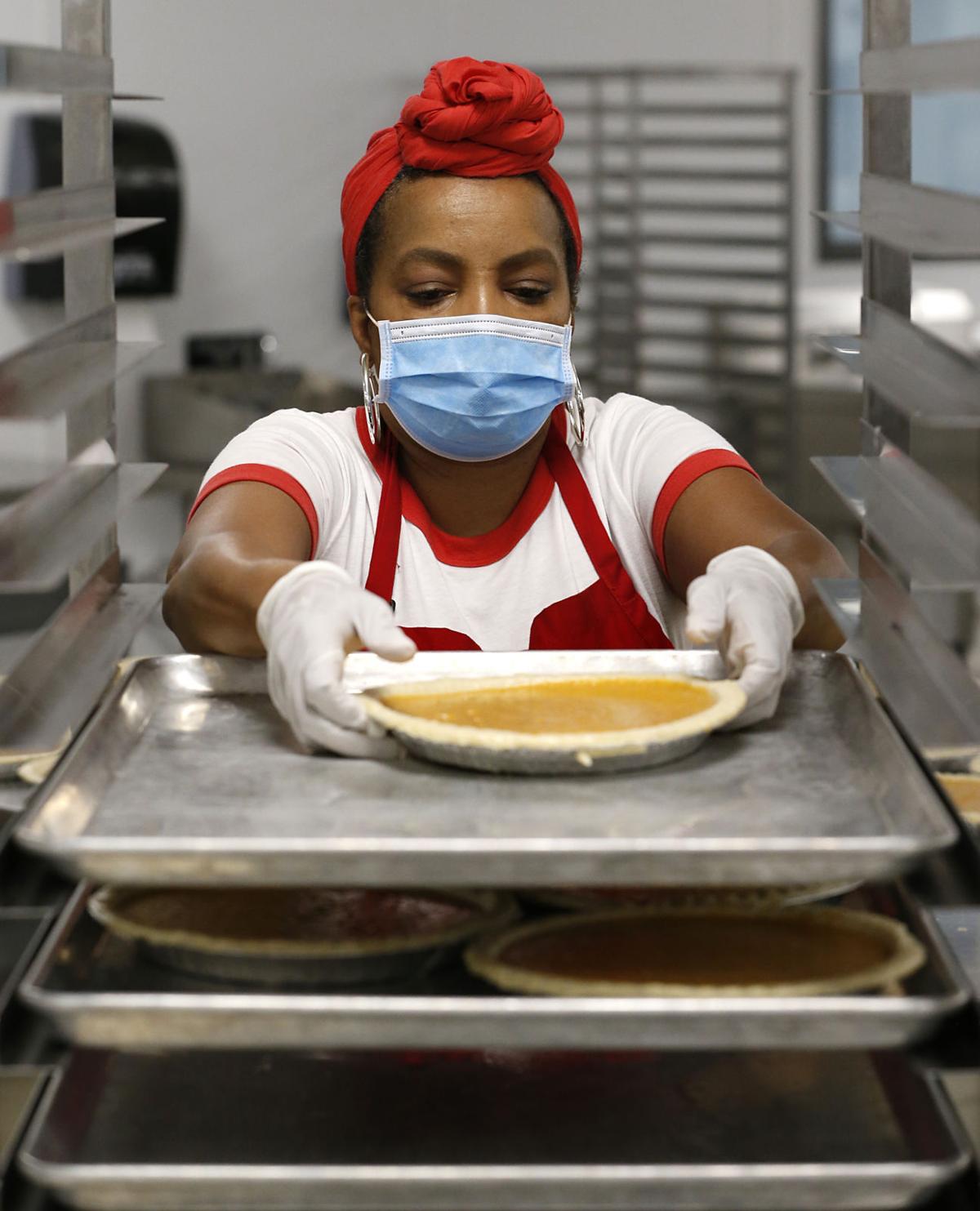 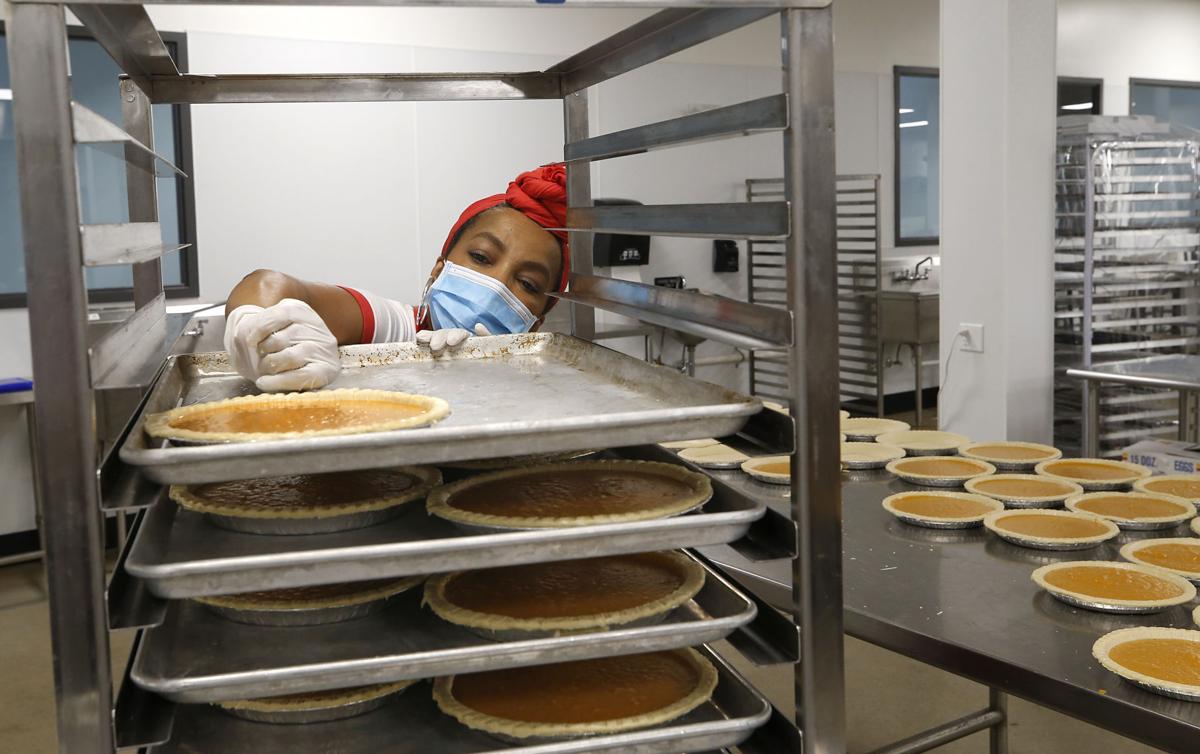 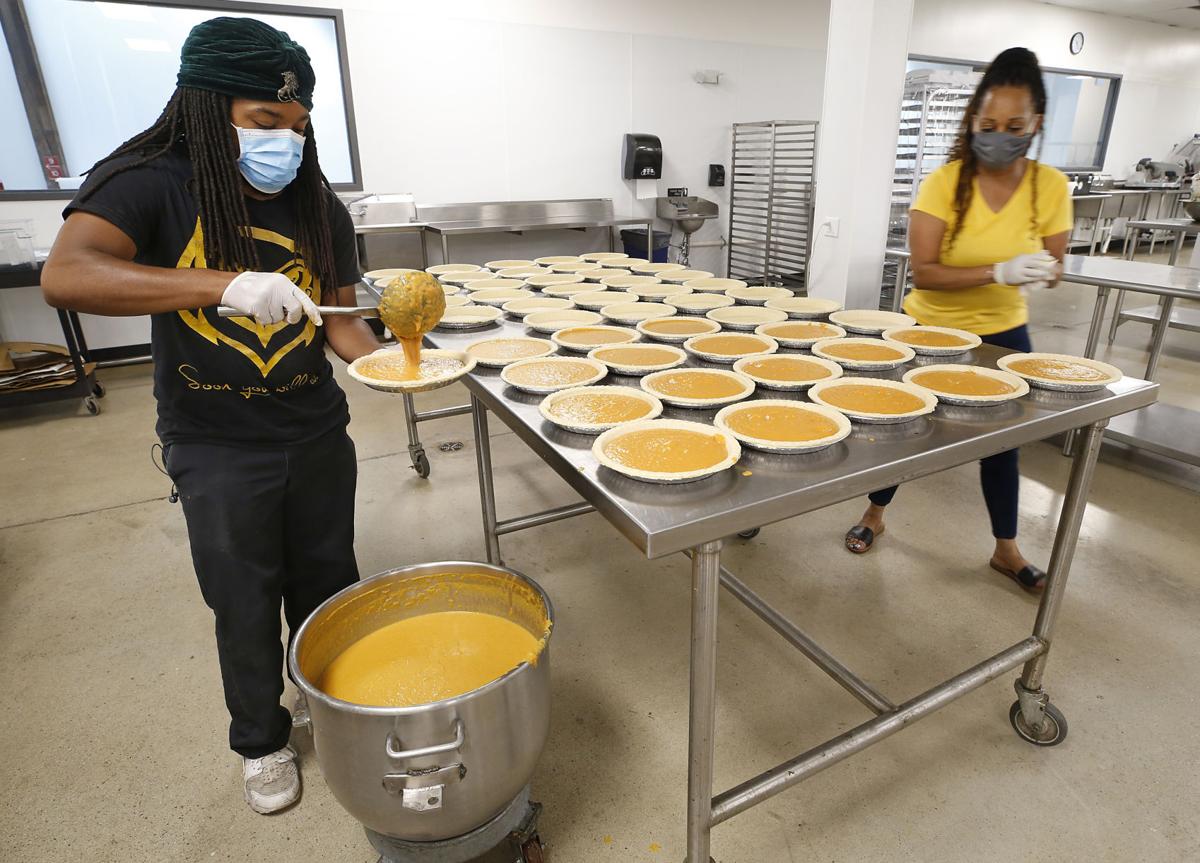 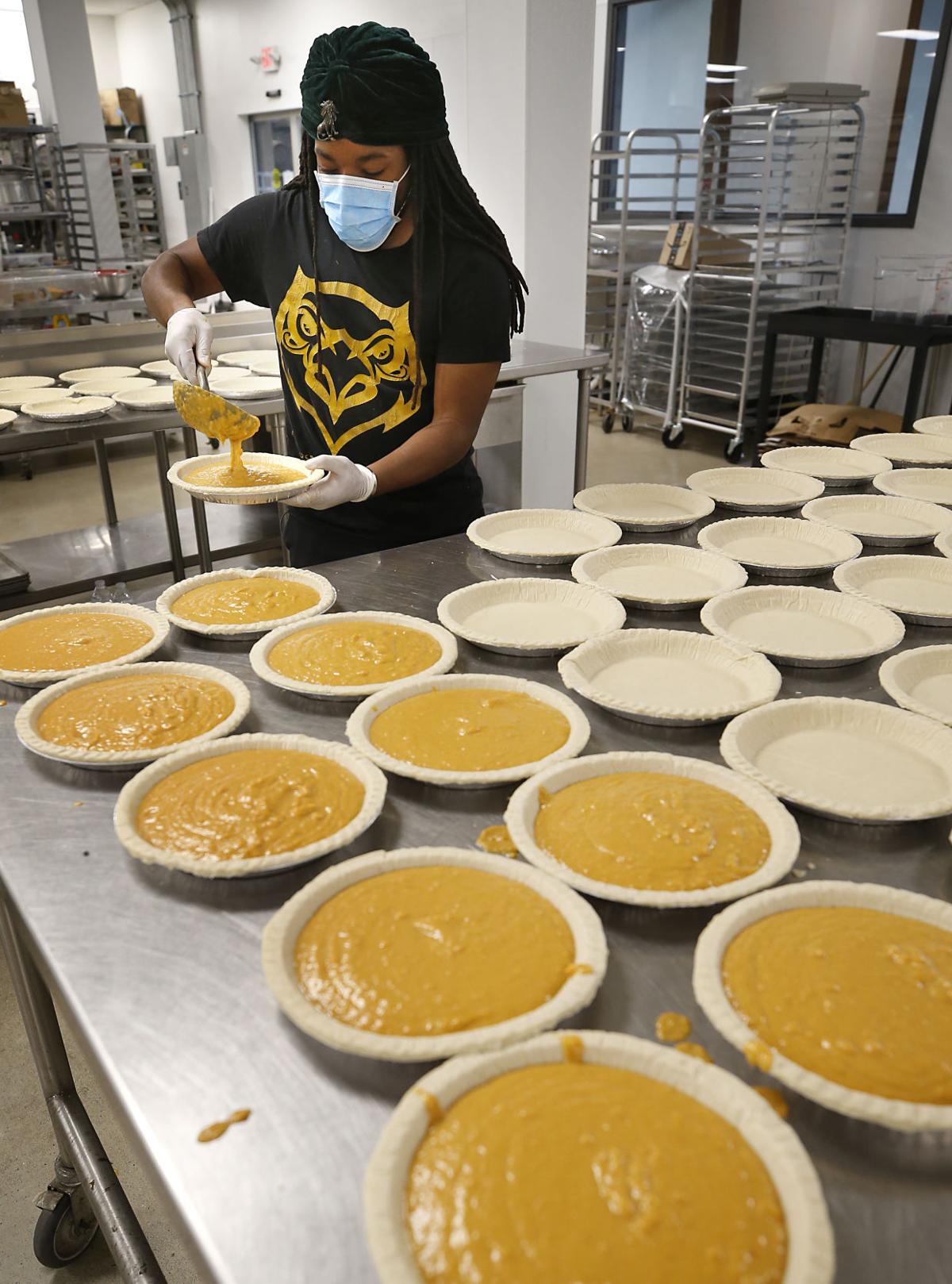 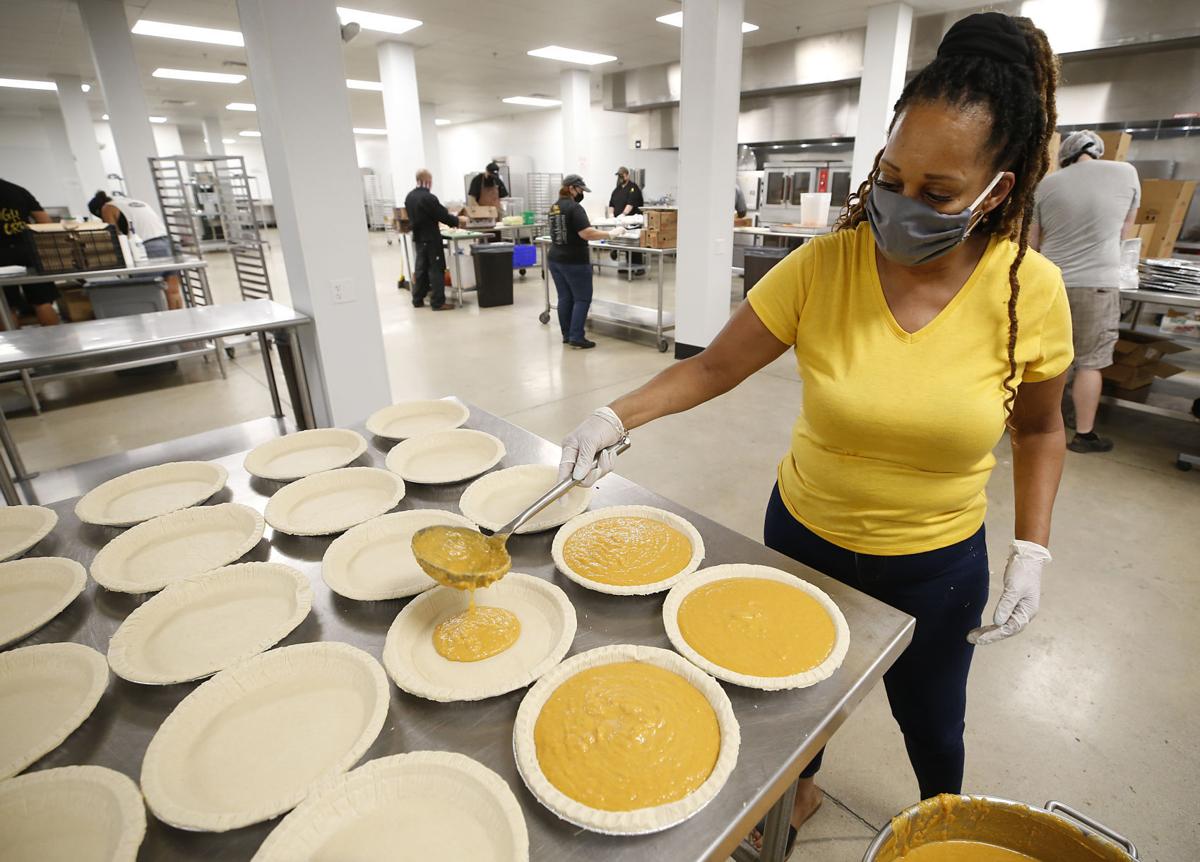 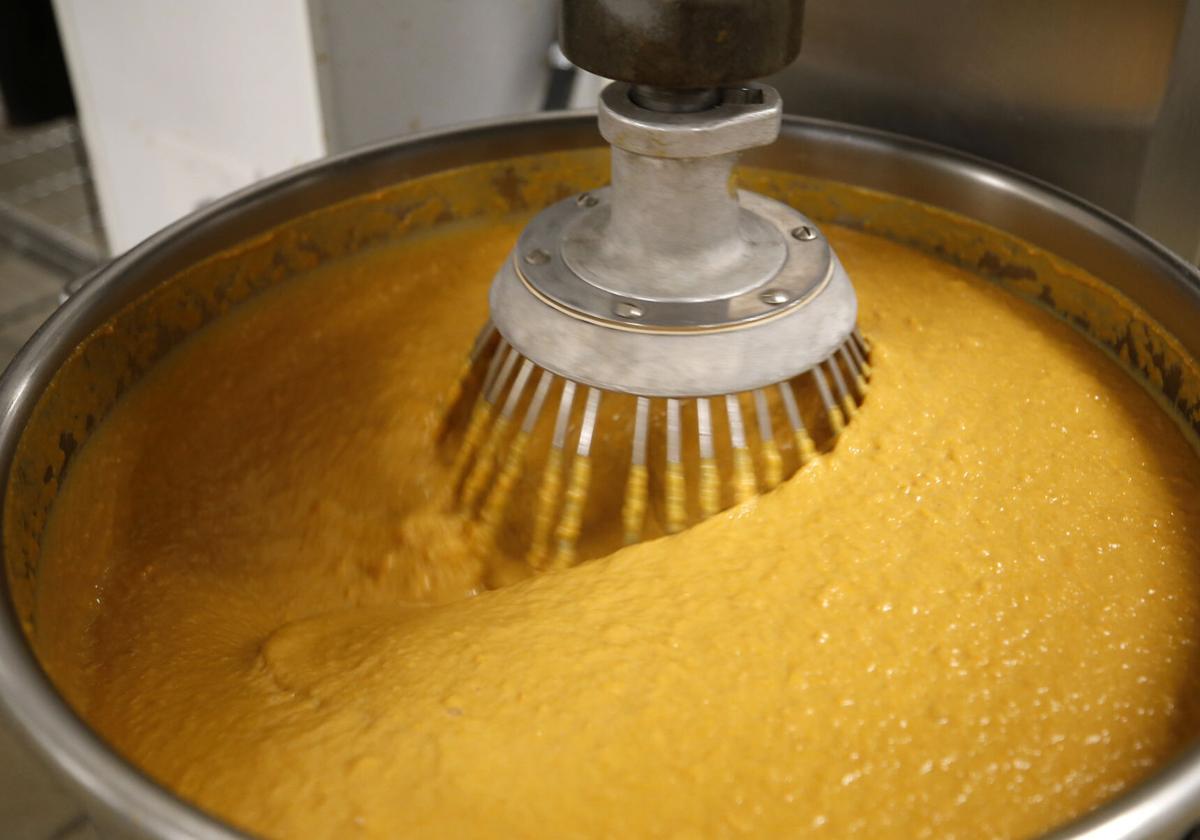 Filling for Joyebells Sweet Potato Pies is mixed at Hatch Kitchen RVA before being added to pie shells. 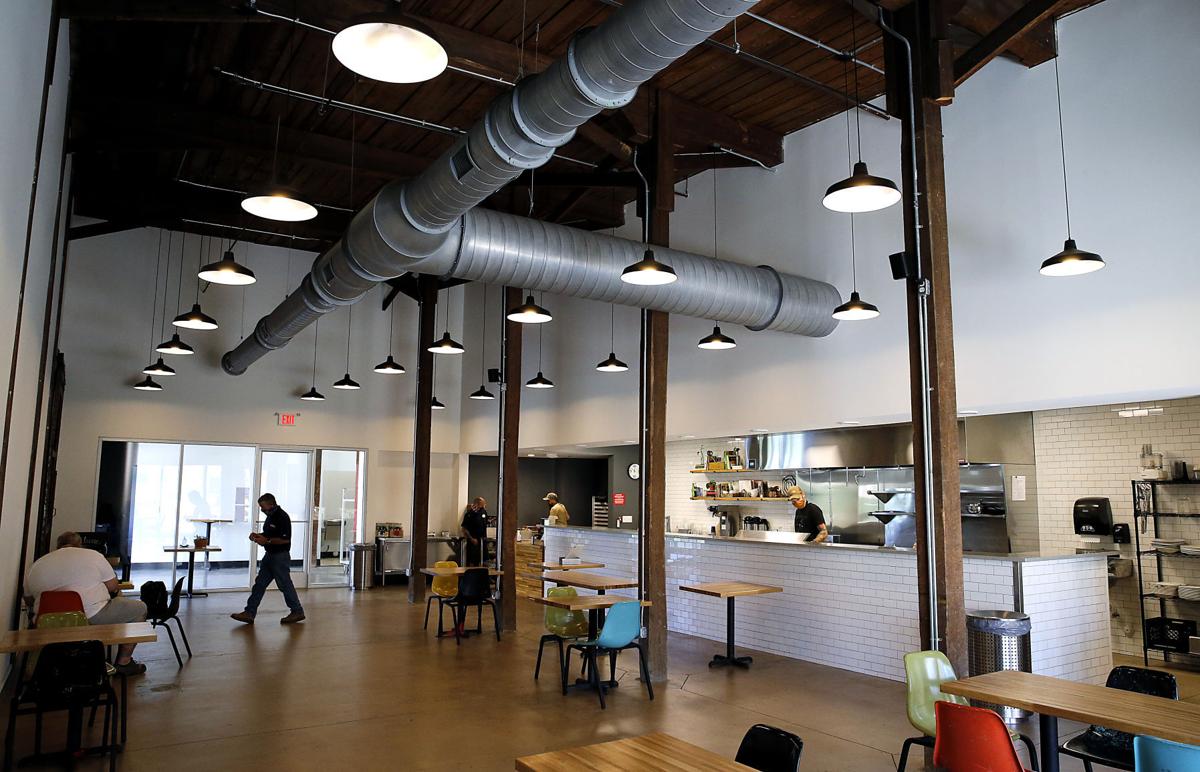 The Hatch Cafe RVA space carries an air of simplicity. It is large and can accommodate plenty of customers, but only seven tables and a few chairs are currently set up for use.

Even in the midst of the COVID-19 pandemic, there seems to be no slowdown in the cooking activities at Hatch Kitchen RVA.

One recent weekday morning at the commercial kitchen in South Richmond, a half-dozen or more of Hatch Kitchen’s nearly 70 members — all of them local food and beverage makers — were busy preparing a wide range of dishes and treats.

In the large, central kitchen area of Hatch — a shared cooking space used by the members — several of Hatch’s staff members, including its director of operations, Warren Haskell, were processing tomatoes to make Bloody Mary mix for one of Hatch’s members, Back Pocket Provisions.

At a stovetop nearby, Jim Hamilton, owner of Sous Casa, was stirring a huge helping of scrambled eggs for the burritos that his company makes and delivers in the Richmond area. The rest of the Sous Casa team was in a private kitchen area across the hall making hundreds of burritos.

At the next workspace over, Theresa Headen, owner of Elegant Cuizines, was putting together boxes of chickpea nuggets and Brussels sprouts to go to a local grocery store as a prepared meal offering.

Headen, who specializes in making vegan meals for grocery sales and catering, said her business has remained robust during the pandemic.